The Association Integration Europe - East together with Polish and Ukrainian partners plans to carry out a project by November 30 2018 entitled:

"POLAND AND UKRAINE. THE TRACES OF HISTORICAL HERITAGE".

The long-term goal of the project is to promote Poland and to develop Polish-Ukrainian cooperation for an open dialogue, knowledge and understanding of history in reference to the cultural and historical heritage of the former Polish-Lithuanian Commonwealth.

Thanks to the activities undertaken in 2018, a unique series of films and documentaries from Ukraine on the Polish-Ukrainian historical heritage will be created, in which Polish and Ukrainian experts including historians, publicists, journalists, NGO activists, historical reconstruction groups, TV media and Internet portals, as well as young people.

On the list, over a hundred places that will be filmed will be widely known, such as the fortress in Kamianets-Podilskyi, Khotyn, Lviv and Zbarazh. However, thanks to the joint efforts of Polish and Ukrainian historians, it was also ensured that the list included other lesser-known but historically valuable places such as Pidhirtsi, Pomoryany, Zolochiv, etc.

For the implementation of the project, the Association received a grant from the Ministry of Foreign Affairs of the Republic of Poland as part of the ‘’Cooperation in the field of public diplomacy 2018’’.

Preparations for the project started already in 2016 at the initiative of Bartosz Musialowicz - then the head of the Trade and Investment Promotion Section of the Polish Embassy in Kyiv, and today the director of the Polish Institute in this city. The planned activities are also part of the 100th anniversary of the Independence of Poland, which, as it is worth adding 100 years ago, was a multinational state. 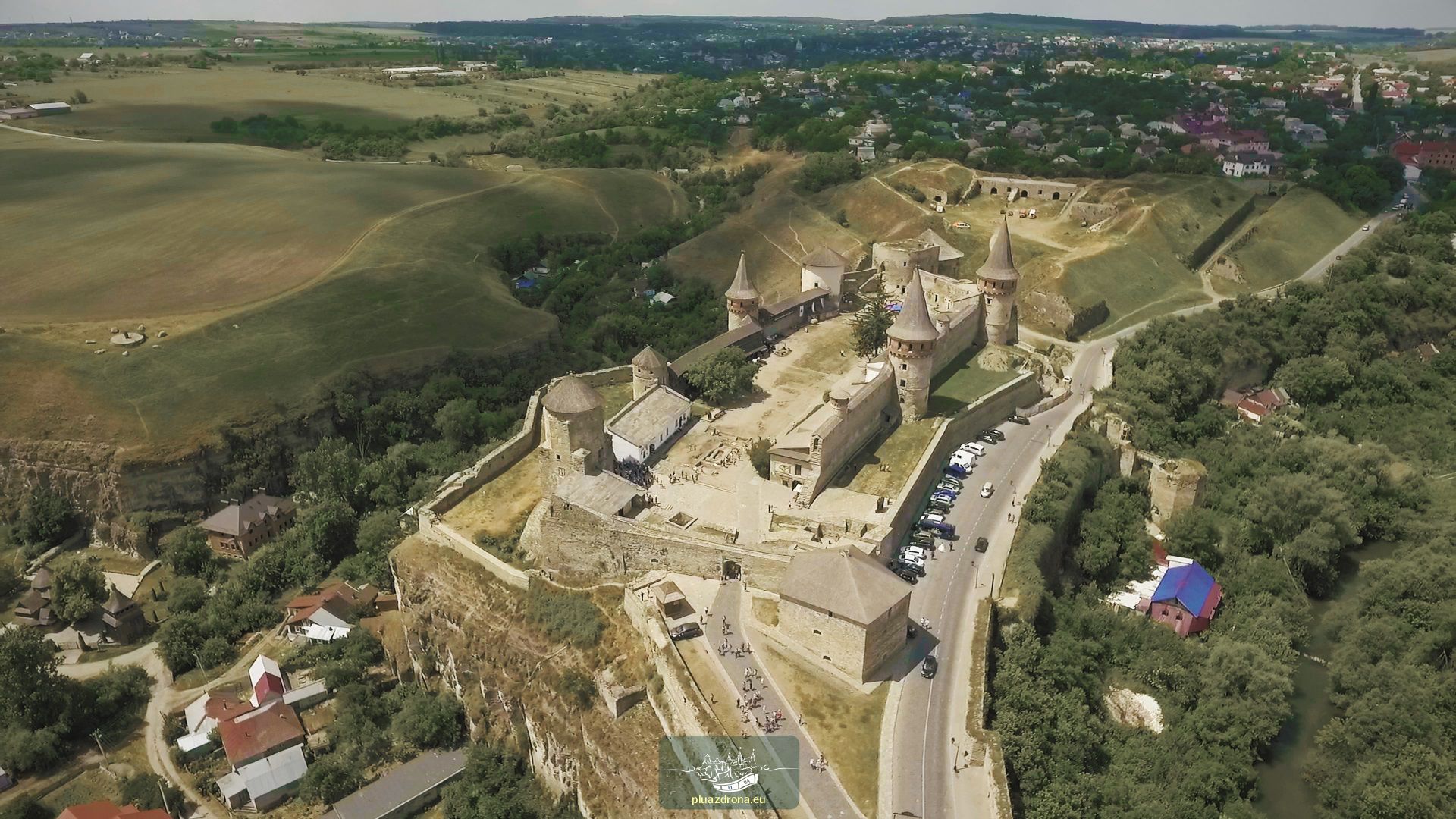 Historical Association of Vinnytsia, the Vinny Regional Information Center "Creative", the Institute of International Politics and Security of the Jan Kochanowski University in Kielce, the Museum of Dialogue of Cultures in Kielce and groups of Polish and Ukrainian historians headed by Dr Radoslaw Sikora from Poland and Dr Oleksandr Alfiorov and Dmytro Antoniuk from Ukraine were invited to cooperate on the project. 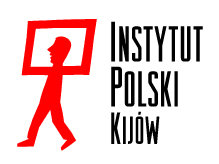 The Polish Institute in Kyiv is also involved in direct activities as a partner. Together with the Institute it is planned to organize a conference referring to the 360th anniversary of the signing of the hadziak settlement.

In addition to the above the organizers will involve young people from Kielce and partner Vinnytsia in the project. In September, Polish and Ukrainian students will go to Ukraine. They will visit selected historical places and record reports on meetings with residents, historians or local guides. These activities will be visible on social networks Facebook, YouTube and others. 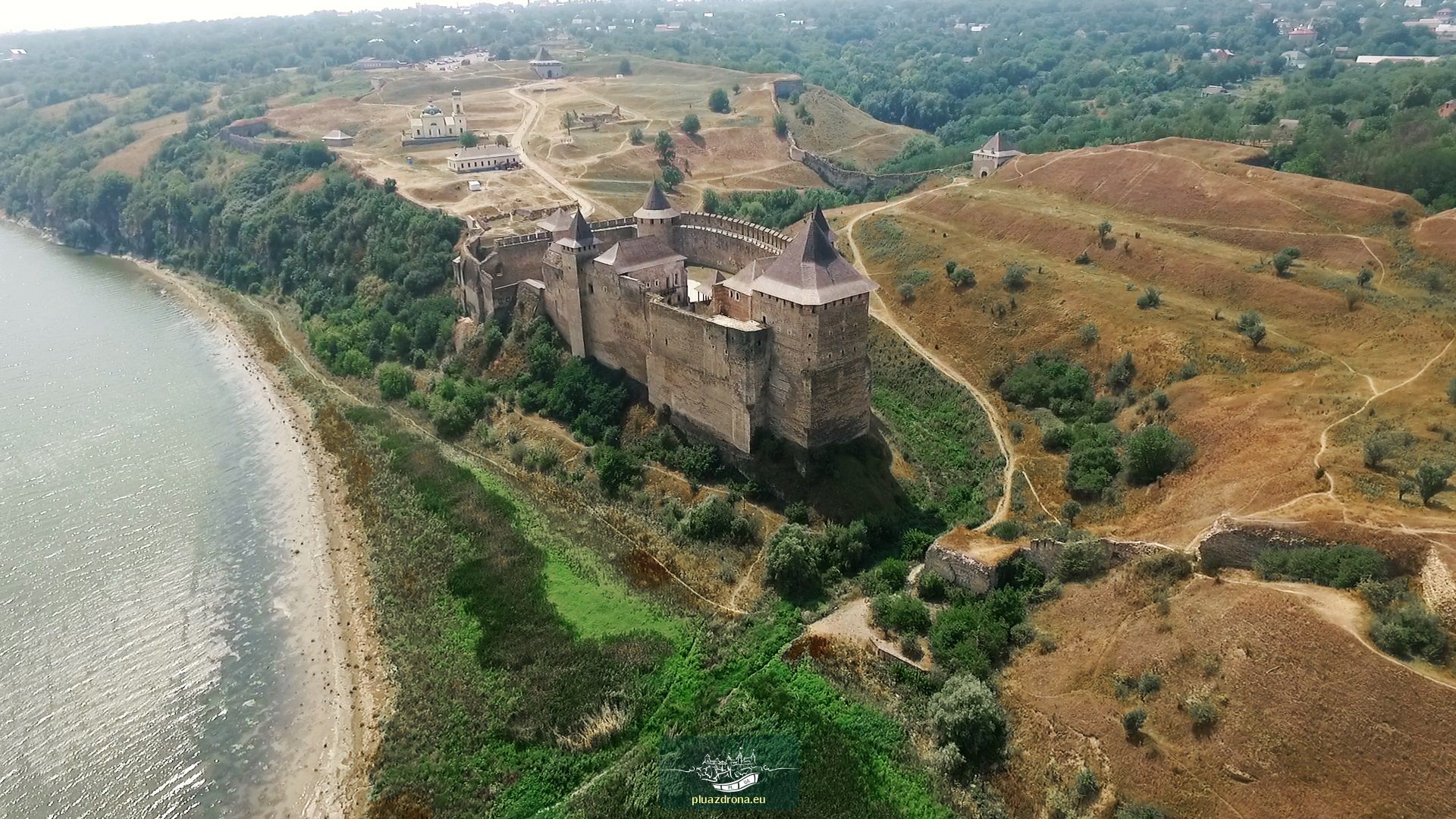 Through extensive promotion on the Internet, media and youth engagement, it will be possible to reach a wide audience and establish an intergenerational dialogue about common history. This is important because many of the places that will be filmed in the project may not survive as time goes by. It is worth taking steps to popularize and preserve places of common historical heritage among young generations of Poles and Ukrainians.

Who knows? Perhaps thanks to these efforts, it will be possible to encourage people to follow the footsteps of the common history of the former Commonwealth, future patrons of culture, investors or monumental reconstructors ?

Already today, we present photographs from trial recordings to a project prepared by the media partner of the project, i.e. the Ukrainian Communication Group agency from Kyiv.

Contemporary Ukraine is today a strategic neighbor of Poland. However, in the past this neighborhood was closer and consisted of the common history of the Polish-Lithuanian Commonwealth. It was a unique alliance in which various nations headed by Poles, Lithuanians and Ruthenians coexisted and formed. In the areas of modern Ukraine and Poland, it is worth noting the significant common historical heritage remaining after the time of the Commonwealth.

A heritage which, if rediscovered, recognized and understood, can become a source of new ideas for the integration and dialogue of nations and societies - so much needed in a dynamically changing situation in Europe and around the world. 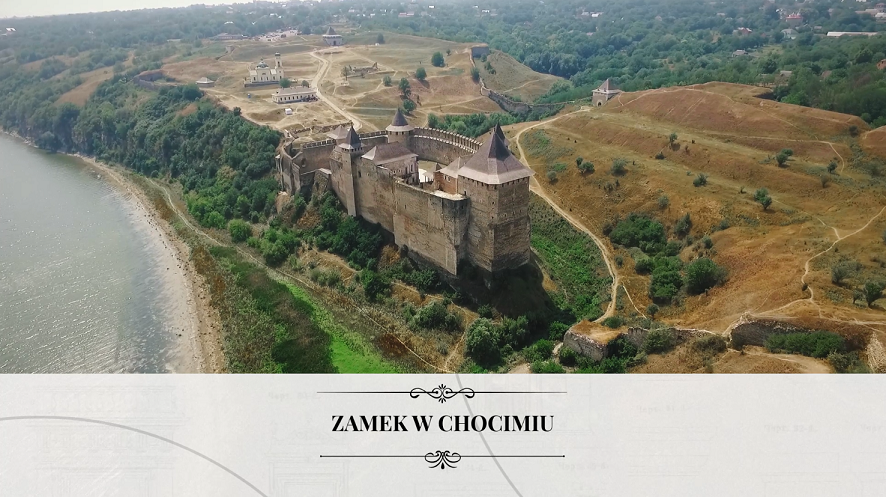 However, in the recent history of the 20th century, historical events and political and economic turbulences have adversely affected the mutual relations of Poles and Ukrainians. This directly translated into the emergence of xenophobia and alienation phenomena compounded by functioning stereotypes.

The situation began to change after 1989 in Poland and the collapse of the USSR in 1991, after which Ukraine regained its independence.

Today, it can be said that Poland has used its chance and is now a full member of the European Union and NATO after the process of dynamic economic changes.
Unfortunately, this opportunity was not used by Ukraine, and today it is a country plunged into a political and economic crisis intensified by Russia's military aggression in the Donbas and the annexation of Crimea.

The revolution of dignity in Maidan, military operations in the East and above annexation resulted in the emergence of a wave of new patriotism in Ukrainian society - largely against Russia. On the other hand, the economic situation of Ukraine and the EU pressure in some way determined the current authorities to launch the process of difficult reforms. In Ukraine, the problem of internal refugees and mass economic emigration also appeared.

However, in this complicated situation, new opportunities and challenges appear both in Poland and in Ukraine.

On the one hand, we have a dynamically growing interest in our country, economic immigration and education to Poland already more than a million citizens of Ukraine (according to Bankier.pl 2017-03-09 Million of Ukrainians joined the Polish labour market in 2016).
On the other hand, this is happening during the immigration crisis in the EU, Brexit, the information war and Russian military aggression in Ukraine, and the increase in the activity of radical circles destabilizing the process of European integration.

According to a study conducted by the Sociological Group Rating on 2016 commissioned by the International Republican Institute, Ukrainians have the best opinion about Poland and Belarus - over 50% of respondents answered that they very warmly or warmly applies to these countries (according to Wschodnik.pl 2016 -07-20 Ukrainians best refer to Poles and Belarussians).
In turn, the report of the Institute of Public Affairs "Poland-Ukraine, Poles-Ukrainians -looking across the border" shows that both nations believe that they are similar to each other in many ways and do not feel a distance to each other. Ukrainians assess Poles and our country very well, associating it with economic success, and citizens with good education and enterprise.

Together with the expected economic and educational inflow of Ukrainian citizens, greater social activity of the Ukrainian diaspora, but also intensifying conflicts on the national background should be expected.
The significant threat which is Russia's aggressive propaganda policy aimed at the continued destabilization of good relations between Poland and Ukraine cannot be ignored.
Provocations, destruction of memorial sites and active actions of radical nationalist groups in Ukraine and Poland, exploiting the tragic moments of 20th century history, are already taking place today.
Unfortunately many times it happens with the involvement of irresponsible politicians who use history for their own purposes.
In addition the stereotype is growing that Ukrainians are taking jobs away from Poles which is contradicted by experts.
According to the International Organization for Migration (IOM), research was conducted to analyse labour markets or the entire economy, which shows that in Poland immigrants fill the gap in the labour market (Polish Radio, J. Lozinska (IOM), 2016-10-19).

In connection with the above, for a time now in a Polish media there is a simplified picture of Polish - Ukrainian relations presented through the prism of provocation with the history of the twentieth century and stereotypes.

Lack of appropriate response to the above problems may endanger the stability of Polish- Ukrainian relations in the future, including harm to the image of Poland and slow down the already difficult process of Ukraine's integration with the EU. At the same time, according to experts and own studies of the Association for Europe-East Integration, Ukrainians treat Poland as a country they can count on. Poles often do not realize the positive attitude of Ukrainians.

From a global perspective, bearing in mind the strategic goal that we strive for within the European Union, i.e. the unity, development and security of Europe, it is impossible to ignore such a large neighbouring country which is Ukraine.
And Poland as the border country of the Schengen area and due to the above-mentioned factors for many Ukrainians is becoming the first individual step towards the EU.
For this reason we have entered the process of shaping a new beginning of international relations between Poland and Ukraine. This time, however, these new relationships are created not only by politicians and governments, but ordinary people - neighbours at work or colleagues at the university.
This process is long-term, but its effects will be more lasting than political conjunctions. 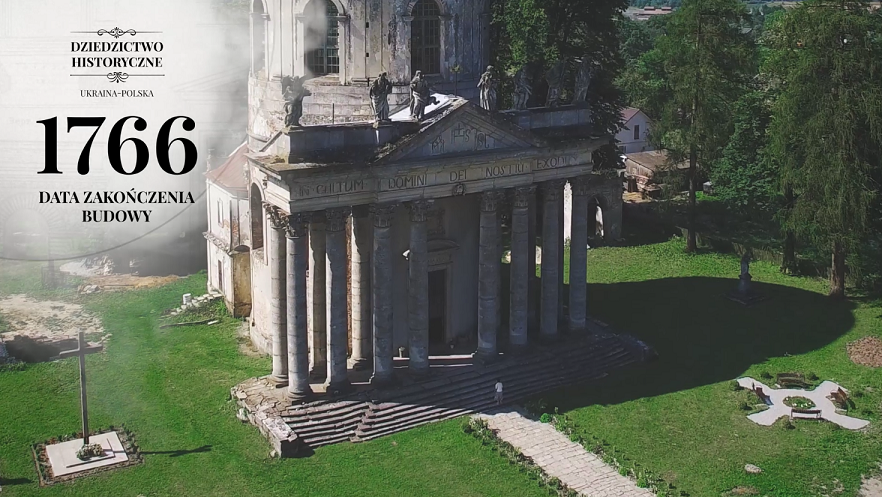 Who is the project directed to?

Simply: to Poles and Ukrainians, young people, opinion-forming circles, non-governmental organizations, schools, universities and all those persons and institutions who will be interested in the historical heritage of the former Polish-Lithuanian Commonwealth.

Poles come out with the initiative of a historical dialogue with Ukraine through interesting contemporary forms of communication and the presentation of memorabilia of the common historical heritage of the former Polish-Lithuanian Commonwealth.

When planning a project (as in the case of a series of previous initiatives "In the Footsteps of a Common History ..."), we were guided by the message from the words of prof. Bohdan Osadczuk who died in 2011(called ataman Polish-Ukrainian reconciliation). When asked about what he failed to do in Polish-Ukrainian relations, he answered:
- I did not manage to create a common Polish-Ukrainian body (...), some permanent conference that could be called if necessary in critical moments. Jerzy Giedroyc did not succeed either, I did not succeed because maybe it is too ambitious plan. But the most important thing is to have a vision of development, because only in this way can you attract societies [source: Rzeczpospolita, 2011].

Today we already know that in the world such an important undertaking has a greater chance of success using modern technologies and communication. Physical boundaries are no longer an impassable barrier, but information, ideas and what is important: ideas reach a huge number of people much faster - via the Internet or television.

We are convinced that through the project we will start looking for new ideas in Polish- Ukrainian cooperation inspired by the valuable historical heritage of the Commonwealth.